This is a Grade 1 listed church designed by  victorian architect G E Street. It is widely regarded as one of the masterpieces of victorian gothic architecture.

We have have been involved with this church since 2005, and undertook a major repair project to the spire, installed a new heating system and repaired to the south aisle, following subsidence at the west end. We are about to embark on a floor repair project.

The spire, which is 55m high, became a concern when a large chunk of stone was found in at the base of the tower. The cause was decaying ironwork buried in the stone causing it to fracture.

The pictures show the progress of the project from preliminary investigations by cherry picker, to removal of the iron and eventual completion. As with most of our projects, the end result is invisible.

The current floor repair project is needed because the tiles were originally laid on a very thin lime based screed, which has, over the last 150 years decayed and caused them to crack. We will carefully lift all the tiles, lay a new lime based floor slab and re-tile the floor using as many of the old tiles as possible.

We have also designed new welcome area with associated storage and display boards for the west end of the church. 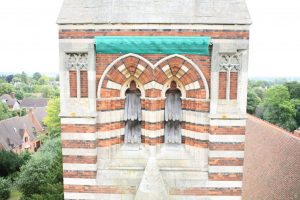 View of the missing stone from the cherry picker 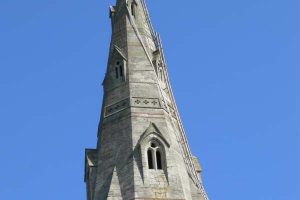 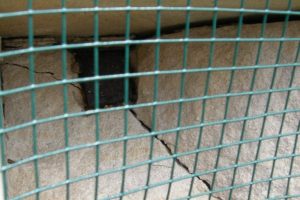 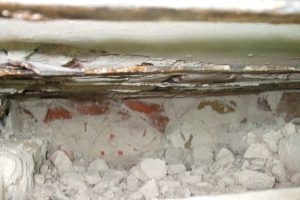 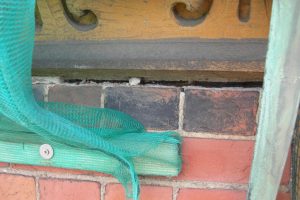 The rusting ties have pushed the whole spire up by 20mm

Investigation from a cherry picker 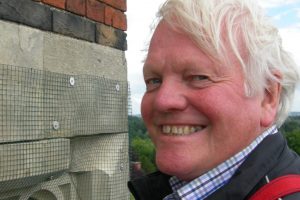 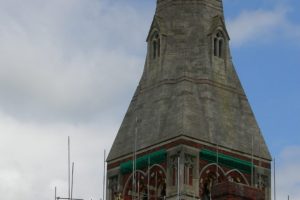 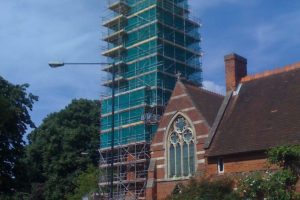 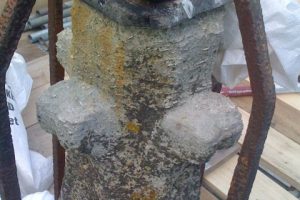 View of the base of the weather vane 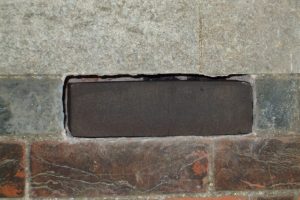 A new black brick specially made to a historic receipe

View of the completed repairs 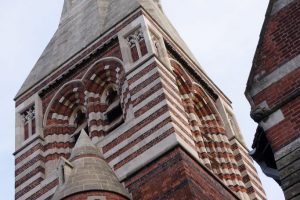 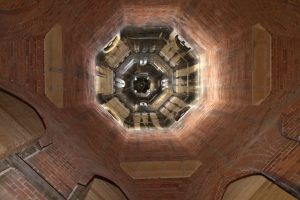 View of the interior of the spire 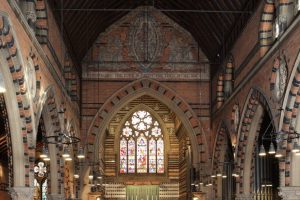 View of the chancel 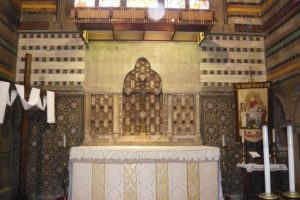 View of reredos behind the curtain. Street's original was badly damaged in the 1960s. We would like to re-instate it. 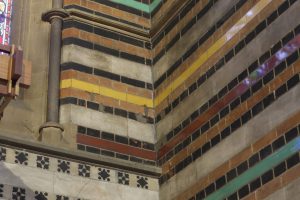 Multi coloured brickwork to the interior 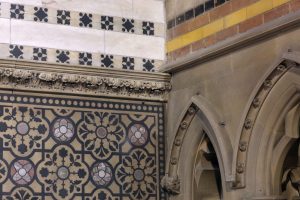 Stencilling to the chancel 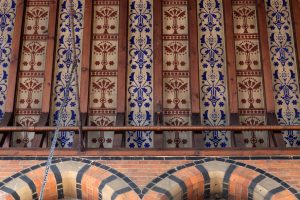 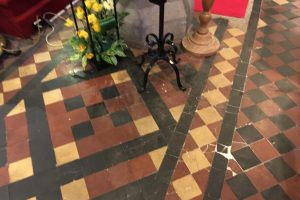 Our next project: the repair to Street's tiled floor